The latest issue of Zeitschrift für Umweltrecht (2017, no. 6) focuses on "Internationales Meeresumweltschutzrecht." Contents include:
Posted by Jacob Katz Cogan at 1:15 PM

In this article, we contend that the canonical narrative about civil society’s efforts to discipline warfare during the mid-nineteenth century - a narrative of progressive evolution of Enlightenment-inspired international humanitarian law (IHL) - does not withstand scrutiny. On the basis of archival work and close reading of protocols, we argue that European governments codified the laws of war not for the purpose of protecting civilians from combatants’ fire, but rather to protect combatants from civilians eager to take up arms to defend their nation - even against their own governments’ wishes. We further argue that the concern with placing “a gun on the shoulder of every socialist” extended far beyond the battlefield. Monarchs and emperors turned to international law to put the dreaded nationalist and revolutionary genies back into the bottle. Specifically, we propose that it was the Franco-Prussian War of 1870 - 1871 and the subsequent short-lived, but violent, rise of the Paris Commune that prompted governments (more than any other war during this formative era of international law) to adopt the Brussels Declaration of 1874, the first comprehensive text on the laws of war. The new law not only exposed civilians to the war's harms, but also supported the growing capitalist economy by ensuring that market interests would be protected from the scourge of war and the consequences of defeat. The laws of war, in this formative stage, were more about restoring the political and economic order of Europe than about wartime.

Posted by Jacob Katz Cogan at 8:58 AM

Posted by Jacob Katz Cogan at 7:11 AM

The American Society of International Law has issued a call for session proposals for its 112th Annual Meeting, which will take place April 4-7, 2018, in Washington, DC. The conference theme is: "International Law in Practice." As one of the co-chairs, I encourage everyone to submit a proposal! Here's the call:

Practice reifies and animates international law, shaping what it means, how it is applied, and how effectively it achieves the diverse goals of those who invoke it. Practice is constitutive and contentious. It looks both backward and forward.

The 2018 Annual Meeting will focus on international law in action: how and by whom international law is made, shaped, and carried out, both formally and informally; how it is taught; how the practices of international institutions, law firms, companies, not-for-profit organizations, government offices, and militaries generate international rules; how and in what ways states and other actors interact; and how participants deploy international legal arguments. The meeting will consider how international legal practice has changed and is continuing to change in response to geopolitical shifts and contemporary challenges, including demands for greater transparency, accountability, legitimacy, and inclusion.

At its 112th Annual Meeting, the American Society of International Law invites policymakers, practitioners, academics across the disciplinary spectrum, and students to reflect on the broad manifestations, sources, and implications of international legal practice.

To suggest a session to the Committee, please complete the form below by no later than July 18, 2017. 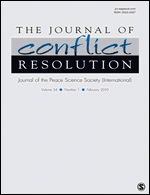 This book provides a theoretical and empirical analysis of a key concept in East Asian security debates, sovereign autonomy, and how it reproduces hierarchy in the regional order. Park argues that contemporary strategic debates in East Asia are based on shared contextual knowledge - that of international hierarchy - reconstructed in the late-nineteenth century. The mechanism that reproduces this lens of hierarchy is domestic legitimacy politics in which embattled political leaders contest the meaning of sovereign autonomy. Park argues that the idea of status seeking has remained embedded in the concept of sovereign autonomy and endures through distinct and alternative security frames that continue to inform contemporary strategic debates in East Asia. This book makes a significant contribution to debates in international relations theory and security studies about autonomy and status, as well as to the now extensive literature on the nature of East Asian regional order.

On July 13-14, 2017, the Sussex European Institute will host a research workshop on "Extraterritoriality of EU Law & Human Rights After Lisbon: Scope and Boundaries." The program is here. Those interested in attending should contact Samantha Velluti and Vassilis Tzevelekos. Attendance is free of cost but space is limited and people will be invited to attend on a first come basis.
Posted by Jacob Katz Cogan at 1:47 PM

A call for papers has been issued for a works-in-progress workshop on international dispute resolution. The workshop is being organized by the Dispute Resolution Interest Group of the American Society of International Law and the Lewis & Clark Law School. Here's the call:

The Dispute Resolution Interest Group (DRIG) of the American Society of International Law (ASIL) and the Lewis & Clark Law School are pleased to announce a workshop to discuss academic works-in-progress on international dispute resolution. The purpose of the workshop is to help authors develop draft articles for publication, so authors will be required to submit a working draft before the workshop takes place.

The workshop will take place at the Lewis & Clark Law School on the afternoon of November 10, 2017. All participants will be expected to attend the entire workshop and to be prepared to comment on the other papers, up to a maximum of three. We are unfortunately unable to fund travel. An optional dinner for participants will be held in the evening, although it is not known yet whether the dinner will be hosted or no-host. Authors will not give formal presentations of their work. Rather, each accepted paper will be assigned a discussant, who will briefly introduce the paper, provide feedback to the author, and lead a discussion among participants. This format permits lively discussion of ideas and writings that may be inchoate or not yet fully developed.

Submissions are welcome from academics and practitioners around the world. Junior professionals, including aspiring and untenured academics, are encouraged to submit proposals. Any topic related to international dispute resolution will be considered. Submissions must be works in progress and should not have been submitted for publication.

Abstracts up to 500 words may be submitted by 5pm Pacific Time, July 15, 2016 to this folder. (A Dropbox account is not necessary to submit documents.) Abstracts will be reviewed by DRIG Co-Chairs Perry Bechky and Jennifer Permesley, together with George Foster of Lewis & Clark Law School and Aaron Simowitz of Willamette University College of Law.

The authors whose proposals are chosen will be informed in mid-August. All participants must submit a substantial work in progress by October 21, 2017, which will be circulated in advance of the workshop to all participants. It is expected that this work will consist of a working draft paper at least 20 pages long. Participants whose drafts are longer than 30 pages will be asked to focus the attention of the discussants and other participants on key excerpts.

The First Bilateral Investment Treaties is the first and only history of the U.S. postwar Friendship, Commerce, and Navigation (FCN) treaty program, and focuses on the investment-related provisions of those treaties. The 22 U.S. postwar FCN treaties were the first bilateral investment treaties ever concluded, and nearly all of the core provisions in the modern network of more than 3000 international investment agreements worldwide trace their origin to these FCN treaties. This book explains the original understanding of the language of this vast network of agreements which have been and continue to be the subject of hundreds of international arbitrations and billions of dollars in claims. It is based on a review of some 32,000 pages of negotiating history housed in the National Archives.

This book demonstrates that the investment provisions were founded on the New Deal liberalism of the Roosevelt-Truman administrations and were intended to acquire for U.S. companies investing abroad the same protections that foreign investors already received in the United States under the U.S. Constitution. It chronicles the failed U.S. attempt to obtain protection for investment through the proposed International Trade Organization (ITO), providing the first and only history of the investment-related provisions in the ITO Charter. It then shows how the FCN treaties, which dated back to 1776 and originally concerned with establishing trade and maritime relations, were re-conceptualized as investment treaties to provide investment protection bilaterally. This book is also a work of diplomatic history, offering an account of the negotiating history of each of the 22 treaties and describing U.S. negotiating policy and strategy.

The latest issue of the Journal of East Asia and International Law (Vol. 10, no. 1, Spring 2017) is out. Contents include:
Posted by Jacob Katz Cogan at 9:18 PM

Is the uneven acceptance of international courts (ICs) an indication of different conceptions of state sovereignty? The conventional idea of the Westphalian model is that it involved the principles of state sovereignty, legal equality of states, and non-intervention in internal affairs. The 1648 Peace of Westphalia often serves as a historical reference, even though the modern conceptions of state sovereignty hardly goes back to the 17th century and the Westphalian treaties of Münster and Osnabrück (Osiander 2001; Beaulac 2004). The idea of sovereignty evolved during the 19th and 20th centuries, yielding several versions. The one relevant here is international legal sovereignty, which implies recognition of polity and territoriality by other states and domestic authority structures that exclude external actors (Krasner 1999).

To explore whether different conceptions of sovereignty within the modern states system affect states’ acceptance of ICs, we categorize states according to a set of variables which includes colonial background, geopolitical position, political regime, legal system and resources. We then analyze how these factors correlate with the ratification of different types of ICs – two independent courts and two conflict resolution mechanisms connected to states’ broader acceptance of international organizations.

We analyze the acceptance of four ICs with a global reach – the International Court of Justice (ICJ), the International Criminal Court (ICC), the WTO dispute settlement mechanism (DSM), and the dispute settlement system under United Nations Convention on the Law of the Sea (UNCLOS), including the International Tribunal for the Law of the Sea (ITLOS). These ICs vary in interesting respect. Acceptance of the WTO dispute settlement follows from ratification of the treaty establishing the WTO, and similarly for dispute settlement under UNCLOS and for the criminal jurisdiction of the ICC. However, acceding to UNCLOS implies that states have the opportunity to use ITLOS, the ICJ or ad hoc arbitration for dispute settlement. The ICJ was established in 1945 as the principal judicial organ of the United Nations, but the UN member states are only bound by the competence of the ICJ if this is explicitly accepted by the relevant state. This selection allows us to explore the difference between accepting substantive treaty obligations sanctioned by an IC, and only accepting the IC. The motivation of states may be to ensure general acceptance of the substantive obligations, or of the IC – or both.

We employ a full dataset for when or if a country accepted each of these four courts. Using logistic regression analysis, we look for the links between a selected number of independent variables and the tendency to join the treaty that established each court. Is there a systematic pattern that indicates how the uneven judicialization of international law works?

Posted by Jacob Katz Cogan at 5:49 AM

The latest volume of the Ocean Yearbook (Vol. 31) is out. Contents include:
Posted by Jacob Katz Cogan at 12:18 AM