Letnar Černič: The 2011 Update of the OECD Guidelines for Multinational Enterprises

Jernej Letnar Černič (Graduate School of Government and European Studies, Slovenia and European School of Law, Slovenia) has posted an ASIL Insight on The 2011 Update of the OECD Guidelines for Multinational Enterprises.
Posted by Jacob Katz Cogan at 6:42 AM

The latest issue of Global Governance: A Review of Multilateralism and International Institutions (Vol. 18, no. 1, January-March 2012) is out. This is a special issue on "Hybrid Peace Governance." Contents include:
Posted by Jacob Katz Cogan at 12:51 PM

Fach Gómez: Rethinking the Role of Amicus Curiae in International Investment Arbitration: How to Draw the Line Favorably for the Public Interest

Posted by Jacob Katz Cogan at 5:13 AM

The latest issue of the New York University Journal of International Law and Politics (Vol. 44, no. 1, Fall 2011) is out. Contents include:
Posted by Jacob Katz Cogan at 12:50 PM

Cuniberti: Some Remarks on the Efficiency of Exequatur

Gilles Cuniberti (Univ. of Luxembourg - Law) has posted Some Remarks on the Efficiency of Exequatur. Here's the abstract:

The project of abolishing exequatur has attracted strong criticism among European scholars. It has been pointed out that the most important function of exequatur is to verify whether the foreign court did not violate human rights, and that suppressing it would entail dramatically reducing human rights protection in the European Union.

Most of these scholars have dismissed the economic argument made by the European lawmaker to justify its project that the existing procedure, which delays and increases the costs of cross-border debt recovery, is simply too costly. This short paper offers some preliminary thoughts on the efficiency of the exequatur procedure. It argues that as human rights violations are, in practice, almost exclusively violations of procedural rights, the impact of human rights violations is essentially to decrease the chances to win on the merits in cases where the symbolic dimension of the right to a fair trial is negligible. The paper thus distinguishes between two categories of cases and argues that, in commercial and consumer cases, exequatur is clearly too costly and should be abolished, while the situation might be different in tort and labor cases.

The latest issue of the ICSID Review: Foreign Investment Law Journal (Vol. 26, no. 2, Fall 2011) is out. Contents include:
Posted by Jacob Katz Cogan at 9:34 AM

de Brabandere: P.R.I.M.E. Finance: The Role and Function of the New Arbitral Institution for the Settlement of Financial Disputes in The Hague

Eric de Brabandere (Leiden Univ. - Law) has posted an ASIL Insight on P.R.I.M.E. Finance: The Role and Function of the New Arbitral Institution for the Settlement of Financial Disputes in The Hague.
Posted by Jacob Katz Cogan at 5:11 AM 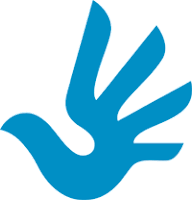 On March 2, 2012, the University of California, Irvine School of Law will host a symposium on "Human Rights Litigation in State Courts and Under State Law." The program is here. Here's the idea:

This symposium will bring together leading practitioners and scholars with the goal of improving understanding of the challenging issues raised by human rights litigation in state courts and under state law.

The arbitral world is at a crucial point in its historical development, poised between two conflicting conceptions of its nature, purpose, and political legitimacy. Formally, the arbitrator is an agent of the contracting parties in dispute, a creature of a discrete contract gone wrong. Yet, increasingly, arbitrators are treated as agents of a larger global community, and arbitration houses concern themselves with the general and prospective impact of important awards. In this paper, I address these questions, first, from the standpoint of delegation theory. In Part I, I introduce the basic “Principal-Agent” framework [P-A] used by social scientists to explain why actors create new institutions, and then briefly discuss how P-A has been applied to the study of courts. Part II uses delegation theory to frame discussion of arbitration as a mode of governance for transnational business and investment. In Part III, I argue that the International Center for the Settlement of Investment Disputes (ICSID) is presently in the throes of judicialization, indicators of which include the enhanced use of precedent-based argumentation and justification, the acceptance of third-party briefs, and a flirtation with proportionality balancing. Part IV focuses on the first wave of awards rendered by ICSID tribunals pursuant to Argentina’s response to the crushing economic crisis of 2000-02, wherein proportionality emerged, adapted from the jurisprudence of the Appellate Body of the World Trade Organization.

Here's the schedule for the Northwestern University School of Law's International Law Colloquium for Spring 2012:
Posted by Jacob Katz Cogan at 9:46 AM

International arbitral tribunals increasingly deal with cases in which the conduct of State entities enjoying separate legal personality harmed foreign investors. The book discusses the attribution of conduct of such entities in international investment law. Their conduct is, opposed to the conduct of actual State organs, not automatically attributable to the State, but only when the requirements of a specific rule of attribution are met. The author analyses these rules of attribution under public international law with the help of the ILC Articles on State Responsibility. Based on this analysis, the author examines the application of these rules in the jurisprudence of investment arbitration. Previous jurisprudence in this field has been relatively inhomogeneous and often lacked a sufficient distinguishing between the different rules of attribution. Concluding, the author argues in favour of strictly distinguishing between the rules and relying on the ILC Articles.

The latest volume of the Canadian Yearbook of International Law (Vol. 48, 2010) is out. Contents include:
Posted by Jacob Katz Cogan at 12:36 AM

Haque: Killing in the Fog of War

This article answers two of the most urgent and important questions facing the contemporary law of armed conflict. First, how certain must a soldier be that a given individual is a combatant and not a civilian before attacking that individual? Second, what risks must soldiers accept to themselves and to their mission in order to reduce the risk of mistakenly killing civilians?

To meet this need, this article develops a deontological account of both the required level of certainty and the required level of risk. The first part of this new account, Deontological Targeting, prohibits a soldier from intentionally killing an individual whom she believes is a civilian or whom she does not reasonably believe is a combatant. These constraints establish a minimum threshold of certainty that soldiers must reach before using deadly force. Above the reasonable belief threshold, the required level of certainty varies with the relative costs of error but, crucially, also reflects the moral asymmetry between killing and letting die. In particular, except in rare cases, targeted killing operations against individuals who pose no immediate threat are permissible only if there is conclusive reason to believe that the individuals are combatants.

The article concludes by distilling these complex moral principles into new legal rules, reinterpretations of existing legal rules, and model rules of engagement in which soldiers can be trained and that can guide soldiers through the fog of war.

The latest issue of the Virginia Journal of International Law (Vol. 52, no. 2, Winter 2012) is out. Contents include:
Posted by Jacob Katz Cogan at 9:43 AM

This paper examines the political status and cultural salience in the United States of the law of war during the era of the Vietnam conflict, for the sake of comparison with the post-9/11 centrality of concerns about detention and torture. The main question is why, when the violations of the laws of war were so much worse in the earlier period, they were not the fulcrum of public debate around war. The answer proposed is that the presence of a powerful social movement agitating against the war itself -- which meant concern about aggressive warfare to the extent international law figured in public debate at all -- marginalized concerns about the conduct of war. Even once My Lai came to light, atrocity consciousness fed an antiwar movement. The main groups and figures covered are the Lawyers Committee Concerning American Policy in Vietnam, Richard Falk of Princeton University, and Telford Taylor of Columbia University.

This Friday, February 10, 2012, the Virginia Journal of International Law will host a symposium on "Conflicts of Interest: Resolving Differences in Global Legal Norms." The program is here. Here's the idea:

Posted by Jacob Katz Cogan at 5:07 AM

However, this project maintains that this is not an entirely new discourse. Its precursors can be found in what could be considered to be a "German" constitutional approach towards International Public Law (Völkerrecht) that has been characterized by a strong constitutional understanding for centuries. While the roots of the discussion can be traced back to the Eighteenth Century, this has especially been the case in the Twentieth Century, as discernable in German and Austrian teachings, from the scholarship of Albert Verdross (with his 1926 'Verfassung der Völkerrechtsgemeinschaft') to Bardo Fassbender's contemporary analysis of the UN Charter as an international constitution.

The latest issue of the International Journal of Marine and Coastal Law (Vol. 27, no. 1, 2012) is out. Contents include:
Posted by Jacob Katz Cogan at 2:58 PM

Decisions about when to initiate investigations and which cases to prosecute are among the most difficult and contested choices international courts face. This chapter is part of a project aimed at developing general rules and principles of international criminal procedure. Its central aim therefore is to ascertain whether any general rules or principles govern decisions about which situations to investigate and which cases to prosecute. The chapter scans the available sources for principles or rules that either limit the discretion of decision-makers with regard to selection decisions or mandate certain considerations or courses of action. Perhaps unsurprisingly, we identify only a few applicable general principles, concluding instead that such selection decisions are largely a matter of policy. The most important principle that limits discretion in selection decisions is that of equality along with its corollary, the prohibition against invidious discrimination, and the related principle of impartiality. The law and practice also reveal a principle that charges should not be brought without sufficient evidence as well as a developing principle of independence – prosecutors should not take instruction from outside sources with regard to particular cases. After identifying these principles, we briefly suggest some issues that should be more fully considered as the law and practice related to selection decisions develops. In particular, additional attention should be focused on the manner in which selection decisions contribute to accomplishing and prioritizing the various goals and objectives of international criminal law.

The latest issue of the Journal of International Arbitration (Vol. 29, no. 1, February 2012) is out. Contents include:
Posted by Jacob Katz Cogan at 4:55 AM

The latest issue of the Review of International Organizations (Vol. 7, no. 1, March 2012) is out. Contents include:
Posted by Jacob Katz Cogan at 12:37 AM

Aggression, Crime and International Security examines the concept of aggression in international relations and how it has been dealt with by international law and collective security organisations.

This book analyses the evolution of the concept of aggression in international relations from World War I to the post-Rome Statute era. It charts the emergence of two competing visions of this notion: on the one hand, as a triggering mechanism for collective security enforcement among states, and, on the other, as an international crime giving rise to individual responsibility. The author argues that despite certain contemporary international trends suggesting a shift away from traditional, state-centric power structures towards a more cosmopolitan, globalized polity, the history of the concept of aggression demonstrates just how far away this is in reality. By examining aggression in theory and practice at the League of Nations, the Nuremberg and Tokyo Trials, the United Nations, the conference establishing the Rome Statute, and beyond, the book reveals the recurring moral, political and legal challenges this concept poses - challenges which continue to be at the forefront of thinking about international relations today.

Posted by Jacob Katz Cogan at 6:41 AM