Here's the schedule for this fall's Rapoport Center for Human Rights and Justice at the University of Texas School of Law Human Rights Speaker Series:

The concept of nationality serves indispensable functions in international law. It traditionally mediated the relationship between the individual and the state in a bygone era in which international law regarded only the latter as a genuine subject of the law; and in contemporary international law, its roles have expanded. Yet apart from treaty constraints voluntarily assumed by states, today, as in the past, it remains unclear whether and, if so, how international law limits the otherwise almost plenary competence of states to confer their nationality by internal law in a way entitled to international recognition. After the International Court of Justice's (ICJ) 1955 judgment in Nottebohm, however, international lawyers began to express the limit purportedly imposed by general international law with a kind of doctrinal mantra: a state's national, to be a bona fide national entitled to recognition as such at the international level, must have a "genuine link" to that state.

This article critiques the genuine link theory and proposes a functional account of nationality, which, it argues, is descriptively more accurate and normatively more constructive. It first revisits Nottebohm in some detail in an effort to show that the generally accepted reading of that opinion, particularly as it has evolved into a doctrine of broad application, is triply misguide - first, on the opinion's own terms; second, in view of the positive international law of the era; and third, because of contemporary international law's evolution to respond effectively to the needs of the modern global political economy. Nottebohm is properly read as a narrow decision in which the ICJ tacitly invoked a general principle of law to prevent what it saw as a manipulative effort by the claimant, a German by birth, to evade a critical part of the law of war. The principle of abuse of rights, although casually dismissed by some dissents and contemporaneous commentators, better explains and justifies the opinion. If this is right, the ICJ did not, contrary to a view broadly held by both proponents and critics of Nottebohm, judicially legislate a novel rule regulating nationality by means of the genuine link doctrine.

Whatever the merits of this rereading of Nottebohm, today, the genuine link theory often proves anachronistic in view of changes in the diverse functions that nationality serves in international law. To illustrate, the article suggests that the general principle prohibiting abuses of rights - not coincidentally, the actual rationale for Nottebohm - would also be more appropriate and effective than the genuine link theory to regulate nationality in one contemporary context that has provoked debate recently: investor-state arbitration. But the abuse-of-rights principle is no panacea. The point of emphasis is that an atomized conception of nationality, which has been liberated from the genuine link theory, would better serve international policy in fields including international criminal law, human rights, E.U. law, and others. The article concludes that nationality, which is by definition an aggregate concept, should be candidly disaggregated by the functions it serves, and its international legal regulation should vary commensurately.

Posted by Jacob Katz Cogan at 9:29 AM

In a decision handed down yesterday, but only released today, a Trial Chamber of the International Criminal Court rejected the Prosecutor's application to lift the stay of proceedings in the case of The Prosecutor v. Thomas Lubanga Dyilo. (Trial Chamber decision here; ICC press release here.) The stay was imposed on June 13, 2008, following the Trial Chamber's finding that the Prosecutor had not disclosed potentially exculpatory evidence to the accused, as required by the Court's Statute. The Chamber noted that, while some of the requirements set out in the court's earlier ruling had been met, the Prosecutor's actions to date were still insufficient. The underlying decision on the Prosecutor's obligation to disclose evidence is currently on appeal.
Posted by Jacob Katz Cogan at 10:04 PM

ICTR: Appeals Chamber Judgment in the Case Against Muvunyi 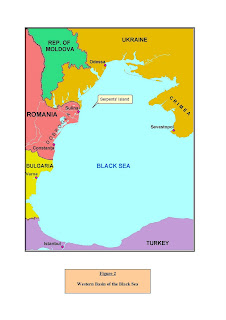 The International Court of Justice is holding public hearings this week, next week, and the week after (ending September 19) in the case concerning Maritime Delimitation in the Black Sea (Romania v. Ukraine). The case concerns the delimitation of the exclusive economic zones and continental shelf appertaining to Romania and Ukraine in the Black Sea. Case documents, including the application, written proceedings, and the verbatim record of the current hearings, are available here.
Posted by Jacob Katz Cogan at 7:58 PM

The latest issue of the Vanderbilt Journal of Transnational Law (Vol. 41, no. 3, May 2008) is out. Contents include:

This article asserts that counter-terror military operations should be regulated by fundamental principles of the law of armed conflict. It builds on prior articles asserting an emerging category of transnational armed conflict: conflict between states and non-state groups outside the territory of the state. These prior articles have explained why such a category of armed conflict must be recognized and how the nature of the authority invoked by a state in the conduct of such operations reveals the existence of such armed conflicts. This article focuses on the key law of armed conflict principles that should apply in such situations to regulate the application of combat power and the treatment of non-combatants. It acknowledges that this is only the first step in developing a body of regulatory norms applicable to such armed conflicts, but also points out the correlation between this proposed process and the development of the law applicable to internal armed conflicts.

David Kennedy (Brown Univ.) will give a talk today at the Harvard Law School Faculty Workshop on "The Mystery of Global Governance."
Posted by Jacob Katz Cogan at 8:51 AM

Traditionally, the enforcement of Public International Law (PIL) was a task of states: the addressees and the enforcers of PIL were states. That has changed recently. Whereas the influence of private market actors on the making of PIL has been extensively analyzed, the influence of private market actors on the enforcement has been neglected although the idea of using private interests in order to foster social goals has a long history. This article draws on theoretical insights of a rational-choice approach to PIL in order to analyze the prerequisites of effectuating PIL through private market actor incentives and market mechanisms.

August 25, 2008 - “The Athens Convention on Passenger Liability and the EU” - Erik Røsæg (University of Oslo)

Labels: Law of the Sea, Lectures

UNCITRAL Report on Its 41st Session

The United Nations Commission on International Trade Law (UNCITRAL) has released its report on its 41st session (A/63/17), which was held in June 16-July 3, 2008.
Posted by Jacob Katz Cogan at 3:56 PM

The latest issue of the Vanderbilt Journal of Transnational Law (Vol. 41, no. 2, March 2008) is out. Contents include:

The latest issue of Arbitration: The International Journal of Arbitration, Mediation and Dispute Management (Vol. 74, no. 3, July 2008) is out. Contents include:

The Southwestern Journal of International Law will host a symposium, October 3, 2008, in Los Angeles. The topic is "Arctic Sovereignty: Cold Facts, Hot Issues." The program is here. Why attend?

With the Arctic ice melting, anticipated increases in Arctic shipping, tourism and economic activity, Russia's flag-planting at the North Pole last summer, and the recent Greenland summit, there has been tremendous attention given to the "race to the Arctic." For Canada, climate change and runaway oil prices have vaulted Arctic sovereignty to the top of Ottawa's economic, defense, and diplomatic concerns. For the U.S., the legal issues related to the Arctic and the Northwest Passage have recently taken on increased importance, spurring a renewed interest in joining the U.N. Law of the Sea Convention.

Drawing on Southwestern's strong ties with Canada, this one-day symposium will bring together leading legal figures from throughout North America to analyze the critical issues raised by the Arctic sovereignty debate. Speakers will focus not only on the territorial and security claims that the debate raises, but will also explore how issues of Arctic sovereignty relate to the environment and international environmental law, as well as indigenous and human rights. The symposium is expected to be the first, comprehensive U.S. law school conference focused on Arctic sovereignty.

Labels: Law of the Sea, Symposia

The latest volume of the Anuario Mexicano de Derecho Internacional (Vol. 8, 2008) it out. Contents include:
Posted by Jacob Katz Cogan at 10:57 AM

ICJ: Nominations of Candidates for Election to the Court

On February 5, 2009, the terms of five judges on the International Court of Justice will expire. Earlier this year, the U.N. Legal Counsel, on behalf of the Secretary-General, requested nominations to fill those seats in accordance with the provisions of the ICJ Statute. Nine individuals were nominated (list of candidates here; Secretary-General's memorandum here). They include: Ronny Abraham (France), Awn Shawkat Al-Khasawneh (Jordan), Sayeman Bula-Bula (Democratic Republic of the Congo), Antônio Augusto Cançado Trindade (Brazil), Miriam Defensor-Santiago (Philippines), Christopher Greenwood (United Kingdom), Maurice Kamto (Cameroon), Rafeal Nieto-Navia (Colombia), and Abdulqawi Ahmed Yusuf (Somalia). Only Judges Abraham and Al-Khasawneh are seeking re-election. The other judges whose terms are expiring - Judges Rosalyn Higgins, Gonzalo Parra-Aranguren, and Raymond Ranjeva - are stepping aside.

Seats on the ICJ are rigidly, albeit informally, allocated in two ways. First, each of the five permanent members of the Security Council has (unofficially) a permanent seat. Second, the remaining ten seats of the fifteen-member body are (also unofficially) allocated by region. Thus, though nine individuals were nominated for five seats, in fact, once the unofficial rules kick in, only certain seats are really up for grabs. This year, two seats for permanent members of the Council and three regional seats (one for Africa, one for Asia, and one for Latin America) are up for election. Assuming these distributions don't change, it's clear that Abraham and Greenwood (who are running "unopposed") will be elected. For the remaining three seats, there are multiple nominations. Cançado Trindade and Nieto-Navia will compete for the Latin American seat being vacated by Judge Parra-Aranguren; Bula-Bula, Kamto, and Yusuf will compete for the African seat currently held by Judge Ranjeva; and Defensor-Santiago and Al-Khasawneh will contest the Asian seat currently held by the latter. I anticipate that Al-Khasawneh, Cançado Trindade, and Kamto will be chosen, but we'll see.
Posted by Jacob Katz Cogan at 12:08 AM