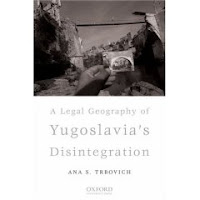 A Legal Geography of Yugoslavia's Disintegration explains the violent break-up of the former Yugoslavia in early 1990s in the context of two legal principles - sovereignty and the self-determination of peoples. The author recounts Yugoslavia's history, with a focus on the country's internal, administrative divisions, and aspirations of different ethnic groups in order to effectively explain the genesis of the international community's political decision to recognize the right of secession for the largest administrative units of Yugoslavia.